Announcing the Release of ‘The Pearl and the Flame!’

We are thrilled to announce the release of Rabbi Natan Margalit’s long-awaited work, The Pearl and the Flame, now available from Albion books!

Woven through with stories of the author’s journey from a secular upbringing in Honolulu to Orthodox Judaism in Jerusalem, and back to his own spiritual path, The Pearl and the Flame brings a new integration of ecological thinking and core Jewish concepts. This new integration puts Judaism at the forefront of our struggles against current crises such as climate change, the culture of addiction, and social fragmentation. For centuries, Western civilization has controlled and manipulated the world by breaking things down into smallest parts.

This approach has led to many amazing achievements of the modern world, but it has now brought us to the brink of environmental destruction and social fragmentation. In response, people have started turning to more holistic modern approaches such as ecology and systems thinking. Yet, these modern approaches can’t, by themselves, heal us. Judaism, along with other Indigenous and traditional cultures, has preserved the seeds of ways of thinking that existed before we learned to dissect the world: understanding through seeing patterns and relationships. The Pearl and the Flame offers a timely integration of old and new, helping us to move from isolation to connection.

Rabbi Natan Margalit is a rabbi and scholar with 30 years of experience in teaching, writing, organizing, and congregational leadership. Raised in Honolulu, as a young adult he spent 12 years in Israel where he received rabbinic ordination. He returned to the U.S. and earned his Ph.D. in Near Eastern Studies at U.C. Berkeley with focus areas in Talmud, Literary Theory, and Anthropology. He has taught at Bard College, the Reconstructionist Rabbinical College, Hebrew College Rabbinical School, and now is chair of the Rabbinic Texts Department at the Aleph Ordination Program. He is also Director of the Earth-Based Judaism track of the A.O.P., and is founder of the non-profit Organic Torah, now a program of ALEPH: Alliance for Jewish Renewal. He lives in Newton, Massachusetts with his wife and two sons.

The Pearl and the Flame is available for purchase on Amazon here. Please stay tuned for news about when the hardcover edition will be available, and about how to purchase from other vendors. 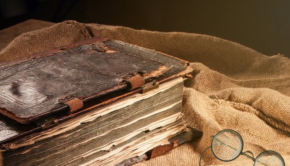 Book Club Questions for “The Pearl and the Flame” →