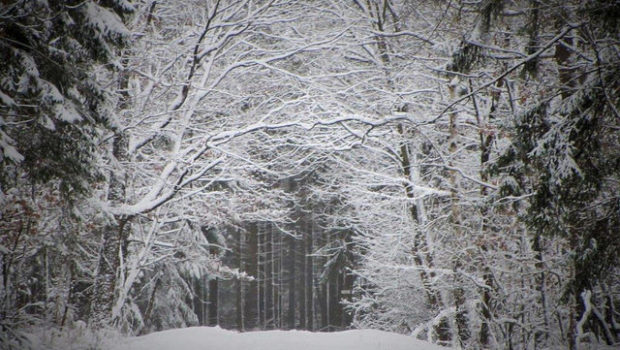 A Distillation of Life

The snow is on the ground and winter has finally arrived here in New England. The roads are beginning to narrow with the snowplow’s sloppy drifts piling up around the curbs and our mud room is starting to pile up with wet boots, socks, hats and jackets spilling onto the floor.

And I’m thinking of my old home in Hawaii where we’d walk out of the house with shorts, a t-shirt and flip flops and that’s it.  All year.

My life has taken me all around the world, but especially as grey winter starts to close in, the lush warmth and vibrant colors of my old home start to pull at my dreams. The place where you grew up imprints itself on your soul, and so the green land, swaying trees and crashing waves of Hawaii are a part of me.

But, strangely enough, when I grew up and went off looking for my soul’s deepest roots my path took me all the way across the world to Israel, and not only to the land, but also to the beit midrash, the study house, where I learned Jewish texts like the Talmud and Mishnah and Midrash.

How could my Hawaiian soul find its deepest connection in ancient Jewish texts?

It’s because Judaism is not a philosophy. It isn’t a science. It isn’t “theology” or “psychology” or any other “ology.”  It is a way of life that goes as deep and strong and free as life can go. It started with an ancient people living on their land.

The ancient Hebrews were very connected to their land. The hilly boondocks of Canaan were not good for the big, “industrial agriculture” that made Egypt and Mesopotamia the superpowers of their day.  Those countries grew up around great river basins.  Their material wealth was a result of organizing many slaves and serfs to work the irrigated fields and the technology of canals and pumps to move the regular rhythm of the rivers. No, Canaan was a hilly country dependent on the rain of heaven falling in its season. When it fell you knew it was a blessing from God.  It was a land where you needed to improvise, to care about the details of the local eco-system. One side of a hill was not going to get the same rainfall as the other side.  You needed to maintain good relations with your neighbors who would help with the tasks of small farming and raising flocks and you needed to respect the land if it was going to sustain you and your family for generations. You needed to create the kind of society that God would want to bless.

So the religion of ancient Israel was very much a counter-culture and an alternative to the big powers. It was a religion and way of life that depended on relationships with the whole network of natural and human and divine partners.   Within those relationships the fruits of the earth, the fruits of one’s labors, were seen as gifts, to be valued, as all gifts should be, not just for themselves, but as outward signs of a relationship.

If I were a farmer in those days I’d bring my first fruits up to the Temple in Jerusalem to present to the Kohen.  It was a way of showing that I valued the land and its fertility as a sign of my relationship with the Source of All.  And that relationship was not just with me, the farmer, but when I presented that fruit at the Temple, I recited the whole story of my people. In fact, the core of our Passover Hagaddah, is derived from this first fruits recitation: “My father was a wandering Aramean, and he went down to Egypt with meager numbers . . . but God brought him up with an outstretched arm….” (See Deuteronomy 26)  Beyond my personal life history, I was a part of a centuries old relationship between the Israelite people and God.  My relationships were not just about the present moment, but stretched into the past and future as well.

It was this religion and way of life that the Rabbis, after the Romans destroyed the second Temple in 70 C.E. and exiled the Jews from their land, managed to transform into texts: the Midrash, Mishnah and Talmud.  It was as if they needed to bottle a way of life, a way of being, and make it portable.   The ancient Israelites would become the Jews, the People of the Book, but not a book the way we think of it. These new genres of literature were not written by one author but were distilled from the wisdom of many rabbis and from generations of people.  They were not meant to be read sitting in a library, silently scanning the page.  You needed a teacher to guide you, and a partner with whom you could discuss them.  You studied them aloud, getting them into your bones and your sinews.    This was because the Rabbis knew that even if we had books, the real home of the Torah was inside the person.

And not just inside the individual person. The life of the Torah resided in community.   When you got together in the beit kenesset, the gathering house (which translated into Greek is synagogue) you could feel yourself part of that same past and future that the ancient farmer would invoke when he brought up the first fruits.  Wherever ten Jews gathered to pray or study, when we used our ancient holy language, it was as if the nation, past present and future were there.

So, Judaism is a tradition that starts with our agrarian roots which taught us to appreciate life as a gift and a network of relationships.  It evolved into an intellectual and religious tradition that distills the rich life-giving sap from those roots. This distillation of life is flexible and strong and ties us to our bodies, to eating, family, community, beauty, work, play and rest. Perhaps that’s why when I was a young man ready to explore the world, I went from the lush trees, beaches, green mountains and blue water of Hawaii, to the study houses of Israel, and I found as much life in those texts as my soul could desire.

In the end, it doesn’t matter whether it’s Hawaii or Israel or Massachusetts. Life is where you are, and Judaism is a resource for appreciating and enjoying life to its fullest and for working to see that all of our relationships are healthy and all our relationship partners are thriving: the land, the animals and plants, the air and water, our communities, families, all peoples. It is through all these relationships that we truly find home, find our soul and connect to the Soul of the World.