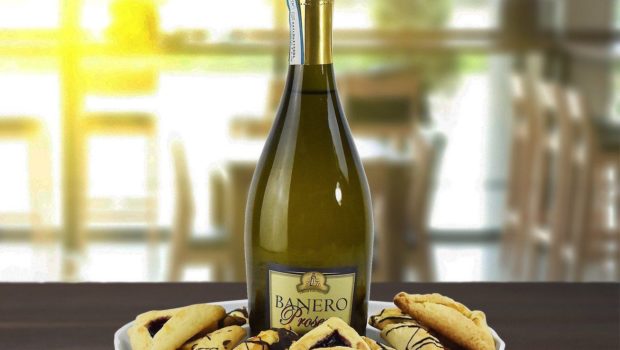 My kids have only seen me get drunk in one situation: at the Purim meal. Because that is basically the only time I do get really drunk. I’ll have a drink or two when friends come over for Shabbat or just for a get together, and I’ll sometimes take a beer out of the refrigerator to watch a ball game or occasionally have a glass of wine as I’m relaxing on a quiet evening. But pretty much I only get drunk on Purim.

I do it because it is a mitzvah on Purim to drink “ad delo yada” —until you can’t tell the difference between “cursed is Haman and blessed is Mordecai”—and, I admit, it’s a mitzvah that I enjoy a lot. It’s a chance to get out of my normal persona as a quiet, bookish rabbi/professor and inhabit the funnier, more exuberant, daring and extroverted sides of my personality. It also makes intuitive sense to me that a religion like Judaism, which has so many laws and structures and boundaries, would need to flip things on their heads at least once a year. After all, Judaism is also a religion that celebrates life and love. It’s a religion that values questioning and arguing and passionately seeking truth and justice, not just sitting quietly and accepting easy answers, or “that’s just how it is.” We value truth so much that we are willing to expose all our precious boundaries and categories and definitions as only one level of truth: there is a higher, or deeper, level of truth that is beyond all boundaries, categories and definitions.

Getting drunk is, in fact, only one element in this topsy-turvey goal of the Purim holiday. I also enjoy getting dressed up in costume and seeing other people in costume. Like alcohol, it allows people to shed their normal persona and try out a different side of themselves. It releases people from the obligation to fill your normal role in life so it opens up the possibilities of renewal and experimentation. It reminds us that we are all, always, wearing masks. Switching the masks paradoxically opens a quick glimpse at the reality under the mask.

On Purim we go around giving little gifts to friends, strengthening our social ties and renewing bonds.  We give gifts and money to support those who don’t have enough, giving them a little sustenance and perhaps some joy, and giving ourselves a reminder that we are all equal and deserve respect, fulfillment and opportunity. Purim is all about erasing our differences and catching intimations of Oneness.  In short, drinking alcohol on Purim is completely integrated into the patterns and structures of our Jewish way of life—even as it subverts or mocks them—that, too, is a part of the pattern.

We may drink on Purim, but I’m personally not so worried about possible addiction. But in the U.S. and across the developed world we are in an addiction crisis. It’s not just alcohol and opioids. It’s equally an addiction to gas guzzling SUVs, fresh fruit in winter flown in from across the world, YouTube and Instagram and email. We may drink on Purim but the root of our addiction crisis is the opposite of Purim: the root of addiction is disconnection, fragmentation and loss of meaning and belonging.

Psychological researcher Bruce Alexander has shown that addiction is not only about chemicals and biology (though, of course, these play a large part), but in fact, addiction can be traced to the fracturing of our social integration, sense of belong, purpose and identity. He first questioned the prevailing consensus about addiction in his famous 1978 “rat park” experiment.

In the typical lab rat experiment, rats would live alone in tiny cages. When they were given levers to push that could give them morphine, those rats would become addicted, pressing the morphine level incessantly to the point of ignoring the food levers. But Alexander realized that rats are social animals and so he tried the same experiment but this time in a “rat park:” a large area filled with stimulating objects and toys and, most importantly, many other rats to socialize with.  These rats tried the morphine, but didn’t overdo it. They didn’t become addicted.

Alexander’s simple change in that one variable actually points us to a profound paradigm shift. The “default” point of view on lab rats had been that they are individual, biological beings. Of course, it was assumed, we can find out all the important things about them by examining them as individuals. Alexander’s experiment flipped that basic assumption on its head: how can we understand anything of importance about a social animal when we are putting it in unnatural conditions of solitary confinement?

We, in modern society, are the lab rats—and we’re suffering, and becoming addicted, in the old paradigm, isolated cages. Our medical and scientific “default” point of view in the modern western world trains us to see individuals. We may have started to shift from seeing drug addiction as a crime or a moral failing to seeing it as a disease, but the default assumption is still to focus on the individual.

Yet, Alexander notes, in pre-modern cultures they may have had many problems but addiction wasn’t one of them. Indigenous peoples today often have huge problems of alcohol and drug addiction, but that shift happened when their cultures, traditions and sense of identity were severely disrupted. In fact, the example of indigenous peoples is instructive because many indigenous peoples have used herbal and other techniques for inducing altered states of consciousness as part of their spiritual traditions. Yet, these didn’t result in addiction. What did make the difference is losing a sense of identity, belonging, meaning and purpose.

On Purim we use alcohol and other consciousness altering techniques to help us see beyond the everyday masks that isolate us, pidgin-hole is into social categories and divide us up into cliques and hierarchies.  Although my kids may get tickled by seeing me get a bit drunk on Purim, I’m not worried that it will lead me or them into any ill effects. What they are also seeing is a living spiritual tradition at work, bringing people together and strengthening our sense of belonging, meaning, purpose and identity: the best antidotes we know of for preventing addiction. All the while wearing a bright red wig with Groucho Marx mustache and glasses.