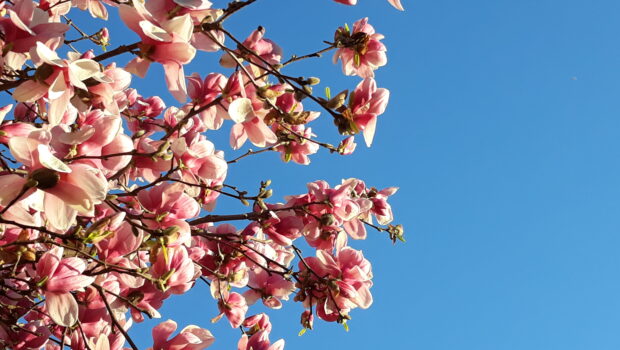 The Forest, the Tower and the Mountain

On this week of Tu B’Shvat we see that the world of the forest can teach us something about our society.

I remember ecologist Tom Wessels, on one of his “reading the forest” walks, pointing out that in an eco-system there is no advantage to being “too big to fail.” Whether it’s birds, plants, insects or trees, each is more likely to seek a small niche instead of trying to cover every terrain or condition. The forest as a whole is stronger and more resilient when there are so many interwoven, interdependent creatures creating a complex living fabric of the forest. The forest is more interesting, beautiful and healthy when there is a diversity of living beings each playing a unique role and each contributing to the whole.

That sounds like a pretty good ideal for our society as well. But what we are seeing today, unfortunately, is far from that ideal. Instead we suffer from fragmentation, loneliness, economic inequality and social dislocation. You might think that all these forces pulling us apart would create a completely disunified and individualistic society, and that is partly true, but our social nature is too strong to disappear completely. Instead we see parts of our society twisted into a perverted kind of unity: a false unity of fear, domination and hatred.

We see that false unity when powerful people give up the truth of their minds and hearts in fear of stepping out of line. When there is a demand for perfect, lock-step unanimity of thought and speech, no matter the evidence of one’s ears, eyes and heart. As we have seen in recent weeks, that kind of “unity” is dangerous. But it is not only fear that motivates people in this false unity. There is also a kind of primal urge to be a part of the tribe, to be on the inside. But when that kind of cheap tribalism comes to the fore, it is all too often accompanied by hatred of the Other.

In our biblical and midrashic traditions we find paradigms of both kinds of unity in what might be called, “The Tower” and “the Mountain.” The story of the Tower of Babel is introduced with the words “all the world had one language and one speech.” Many commentators have remarked on the redundancy of “one language and one speech.” One explanation is to say that this phrasing hints toward, “one language and one way of thinking.” Aviva Zornberg has noted that the tower, which supposedly was built in order to reach heaven, was actually built in a deep valley, named “Shinar.” She quotes a midrash which plays on the word Shinar, to mean “she’nina’er” – to be shaken down. The midrash tells that it was named thus because the bones of all those who died in the Flood were shaken down, as in a huge terrestrial sink, to this valley.  It is a picture of unity literally built upon fear: the fear of death and dissolution. Another famous midrash describes how if a worker fell from the tower no one paid attention, but if a brick fell it was a disaster. Building the tower was vital; the individual people were expendable.

In this week’s Torah reading from Parshat Yitro, we see hints of a different kind of unity. In Exodus 19:2 there is a small inconsistency in the text: it says that the people camped facing Mount Sinai. But the word for “camped” is singular rather than plural as one might expect (and as was used directly before in the same verse!) Rashi quotes a midrashic source to explain the use of the singular. He says it hints to their state of unity, “One people with one heart.” But he hastens to add, “But in other places they were full of resentment and arguments.” Apparently, there was something about this event that created a sense of unity, even in a people known for their arguments. Another midrash tells how in the Revelation at Mount Sinai each individual received the Torah according to their own personality; their strengths and weaknesses. Rabbi Jill Hammer, in her book, The Jewish Book of Days, compares it to the way the United Nations has simultaneous translations for each person according to their particular language.

It seems that the unity that was cobbled together at Sinai was a complex unity that made room for a lot of diversity. There were many families, tribes, clans, and individuals nested together, filling many niches, woven into a whole people, at least for a moment at Sinai. Perhaps it was the feeling of coming together for a higher purpose; perhaps it was the revelation of the deep love which pervades creation we can witness when we see beyond the surface.

The unity of Mount Sinai stands in contrast to the Tower of Bavel. This unity feels more like the forest, or any eco-system with many niches, many beings, both competing and cooperating, all bound in a complex and dynamic unity. This is the kind of unity that we need today—not the false unity of fear that demands people sacrifice their minds and hearts lest they be shamed or banished; not the false unity of the mob that only feels strong in excluding and demonizing the Other.

With Tu B’shvat we take a first step away from winter into the new possibilities of spring. Let’s take this time to learn from the forest and from the Torah: let’s walk through the forest, enjoying the beauty of its complex dance of life, on our way to the Mountain and its revelation of deep unity within diversity. This kind of unity endures, while we know that the false unity of the Tower eventually crumbles.

4 Responses to The Forest, the Tower and the Mountain