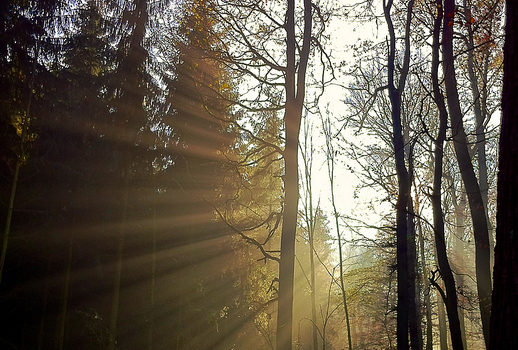 People as Letters, Israel as Torah

In our up-coming Organic Torah webinar class “The Royal Road to Relational Spirituality” we’ll be looking at an amazing commentary by the Piazetzner Rebbe in which he talks about getting our spirituality into our whole beings. Though his commentary starts on the story of Noach, it includes a very interesting observation on this week’s Torah reading which tells of the Receiving of the Torah on Mount Sinai, on the verse “and the whole people saw the voices…” [Exodus 20 :14]. This “synesthesia” or mixing of the senses, is remarkable enough, and gives a hint to the overwhelming, uniquely awesome, experience that those at Sinai must have received. But the Piazetzner Rebbe goes even beyond that. He says,

Beyond the simple meaning of “and the whole people saw the voices” … Israel were raised up and made holy so much so that they were turned into transcendent letters from the speech of God, as spoken to them in the Receiving of the Torah—each one according to their soul’s root.

According to this, the experience of “seeing the voices” went way beyond simply mixing up the senses. Rather, it meant that they themselves became the Torah. Imagine internalizing a thought, a body of wisdom, a view of life, to the nth degree—so that you become the wisdom and it is you. But that is only the beginning because a letter really doesn’t mean very much by itself.

It wasn’t that “all of Israel…” happened to be together in the same space and saw/heard/experienced this awesome revelation. The revelation was in their being together. The truth of each individual’s soul-root was revealed, but only as a letter. That letter would remain essentially meaningless until it was combined into the words and sentences of Torah with all the other letters. The Torah is revealed only in our relationships.

We know this to be true in every day life as well: we only live meaningful lives, we only communicate, give, receive, love, argue and explore within the great bubble of meaning that we create through our human social world. The Torah may exist in an ideal form in somewhere up in Heaven, but it only comes into manifestation through the lives of the Jewish people acting together as a covenantal community.

Not surprisingly, the people, when the were turned in to letters, were afraid. They feared being nullified as individuals.

In our lives as well, we can feel that fear that by joining ourselves to community, by committing ourselves to a larger cause, we could be nullified and lose our individuality and freedom. But I think that the Piazetzner Rebbe is telling us that this need not be the case. When we join into the meaningful relationships of community we are raised up, we become sources of meaning and feel the joy of contributing to something larger—but that only enhances our individuality. Instead of completely free, but unattached and isolated individuals, we become letters within words and words within sentences. We find that we not only exist, but that we really thrive, when we are live out the fullness of our individual soul root, and we join our soul root to the larger good of the community and the world.

We’ll discuss these ideas and others in our online class “The Royal Road to Relational Spirituality.”, which starts on Tuesday. I hope you’ll join us!

4 Responses to People as Letters, Israel as Torah