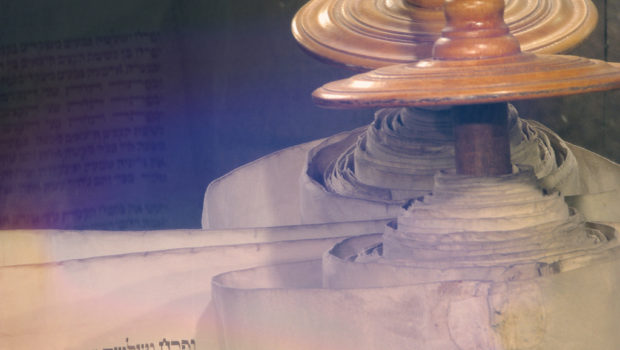 Everyone Counts. Every Action Makes a Difference.

What can we learn from ancient Jewish texts about the current distressing and frightful geopolitical situation so filled with war, refugees, mass shootings and terrorist attacks?

I think a lot, and it is often surprising where insight can be found. For example, I was recently reminded* that Maimonides, the great medieval rabbi and philosopher, gave us the principle that all verses of the Torah are holy, no exceptions.

Maimonides chooses Genesis 36:12 as one examples of a lowly, ignored line of the Torah. It says, “Timna was a concubine of Esau’s son Elifaz . . .”.  Now Maimonides was a very smart guy, and even though it’s buried in a long, boring, list of “so and so begat so and so, who begat so and so, etc., etc.,” this verse is actually pretty interesting.  It’s so interesting that the Talmud, several centuries after the Torah, asked who this Timna was — and then they told a story about her.

The Talmud (Sanhedrin 99b) says that Timna was actually a princess: they astutely note that there is another reference to Timna in a nearby list of princes and princesses.  If so, they ask, how did this princess wind up being a lowly concubine?!

Timna, the rabbis said, was indeed a princess, but she decided that she wanted to join with the people of Abraham.  Perhaps she was impressed with the new idea of One God. We don’t know.  But, for some reason, the family of Abraham rejected her.  Having given up her royal life she looked around for someone, anyone, related to Abraham’s family who would take her in.  Esau’s son was as close as she got and then only as a concubine, not even a regular wife.

We can imagine the pain and shame and anger that she might have had about this whole situation.  Then we read the second half of the verse: “Timna was a concubine of Esau’s son Elifaz, and she gave birth to Amalek.”  In Jewish lore Amalek becomes a notorious tribe, the archetypical enemy, a symbol of pure evil and senseless hatred.  Amalek is known to attack the children of Israel at their most vulnerable and weakest points.  Amalek simply wants to destroy, ruin and cause pain.  Amalek likely knew the story of his mother’s real identity and yet he found himself with the terrible, lowly position as the son of a concubine, the bottom of the heap. He must have felt even greater shame, frustration and anger. We can imagine his feelings slowly metastasizing within him and turning into a violent and cruel hatred.

The Talmud concludes its story by saying that the family of Abraham shouldn’t have rejected Timna.

So, when Maimonides was looking to show the principle that every verse in the Torah is holy, I think he, in his wisdom, was really getting us to see an even more important principle: every person is holy. Every human being is worthy of respect and care, and tossing someone aside, thoughtlessly casting anyone away will always come back to haunt us.

In our time of refugees, of senseless violence, war and extremism, there is no more important principle for us to learn.  Of course, every person is responsible for their actions, and there is no excuse for violent, criminal acts. But, even as we face terrorist attacks, gun violence, and war, we as a society can do better than demonizing, rejecting, lashing out in fear and righteous anger.

When we see refugees who are looking to join us, of course we need to take care to protect ourselves from harm, but we also need to understand that simply pushing people away is no solution. Pushing people away, treating people as if they don’t really count, will only push people into the hands of extremists all too ready to exploit those feelings of shame and frustration and turn them toward hatred and violence.

The issue is larger than just the current refugee crisis. Unfortunately, we live in a waste culture, which likes to hold onto what is attractive, convenient, and familiar — and put everything and everyone else out of sight and out of mind.  This culture is not only out of sync with spiritual principles of responsibility, connection and caring, but it is out of sync with nature and the way that the natural world works.

In nature, everything is interrelated, interconnected, and nothing is insignificant.  An ecosystem is sustained as much by the fallen tree as by the living one; as much by the bacteria in the some animal’s gut as by the majestic eagle soaring overhead.   We may have a tendency to judge something high or low, important or trivial, but nature works in complex systems in which an insect or a bat might be as significant as a large, attractive animals like a polar bear or a panda.  Our spiritual traditions have always told us that a poor stranger, a foreigner, a child or an old woman can be as significant and important as a prince and queen or a general.

We have gotten ourselves into this political, ecological, and economic mess by thinking that we can extract materials from one part of the world, consume products in our little safe and convenient bubble, and  then dump the waste into yet another part of the world out there; by thinking that we can destroy, incarcerate, reject and simply put out of sight and out of mind all those Others — people of other religions, races, other countries, the poor, the old and the sick — who are threatening our safe bubble.  But we are seeing that it all comes back to us. Nature and human affairs are really one.  The spiritual insight and the natural one is: we are all significant and we are all related.  And all our actions, even small ones, have consequences.

Just as Judaism says that every line of the Torah was given by God, so Judaism says that all people are created in the image of God.  We learn from nature and from Torah that we are all related, all responsible and all worthy of caring and compassion.  We are now coming to the point in our modern lives when these ancient insights are being rediscovered in ecology, in new perspectives in economics, criminal justice, medicine, health and other fields.  Our deep need is finally, hopefully, getting us to look not just at our small part, but at the larger inter-connected whole.

Perhaps the recent Climate Summit in Paris, where almost 200 nations finally decided that we need to work together to change the way we produce and consume energy, is a sign that this shift is starting to take hold.  Let us all put our energies into this shift toward putting our world back together, before it all falls apart.

Organic Torah’s mission is to promote this reconnection to one another and to our world.  Please donate.

*For this idea and for the Timna story from Sanhedrin 99b, I’m grateful to Rabbi David Kasher, in his recent d’var torah on Parshat VaYishlach.