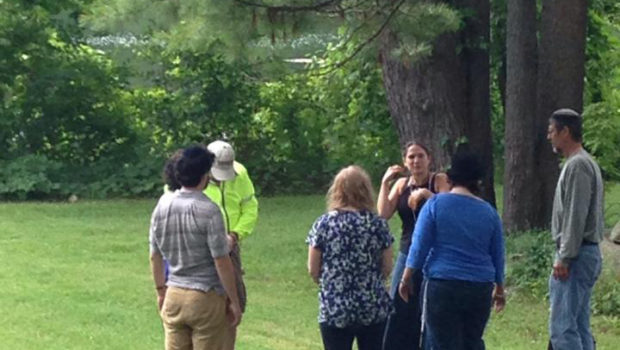 When I was a kid my parents would try to tell me to think about not just the immediate gratification, but also about the longer-term results of my actions. I find myself telling it to my kids. It’s not easy for a little kid to stay away from too many sweets because we tell them “it’s bad for your health.” It’s even harder for a teenager to not to get into that car with that boisterous group of “friends,” not to tell that lie about their age at the bar. We also tell our kids not to blame others but to take responsibility for their own action. “He did it first,” “She jumped over the fence so I did, too” remind me of phrases I was using from age 3 to age 10 or so. But, hopefully, we grow up we gain more ability to think about the long term, the bigger picture, and to see how our actions are sometimes part of the problem, and not just blame others.

Unfortunately, that is not what I’m seeing when I turn on the news. “Brexit” the British vote to leave the European Union seems to be only one example of people expressing their frustration, fear or anger in ways that look to blame others, but will likely have harmful consequences for everyone in the long run. In our country, we are seeing a frightening number of people attracted to racist and anti-immigrant scapegoating as an easy way to push off those same feelings of frustration, fear or anger.

There are a lot of things that we can say to try to explain why this is happening now. The many factors of history, economics and politics will fuel conversations and arguments for years to come, but one article in the Sunday New York Times caught my eye as particularly relevant. It was called “When Paranoia Replaces Piety,” by J. D. Vance (that was the title in the print edition. Online it was titled “Bad Faith in the White Working Class,” http://www.nytimes.com/2016/06/26/opinion/sunday/the-bad-faith-of-the-white-working-class.html?emc=eta1&_r=0) Vance makes the point that religious observance, in his case, regular attendance at church, meant that he actually learned things like self-examination, self-control and being kind to others. He laments the fact that, in recent years there are a growing number of people, he describes the case of Evangelical Christians, who still count themselves as believers, but whose attendance at church has dropped off to near nil. They still watch the televangelists and listen to the politicians who whip up fear and anger at The Other (liberal elites, Muslims, Immigrants, etc) in the name of religion, but the harder lessons that one actually gets by going to church week in and week out have mostly gone by the wayside.

Vance writes, “research suggests that children who attend church perform better in school, divorce less as adults and commit fewer crimes. Regular church attendees even exhibit less racial prejudice than their nonreligious peers.” He points out that the relationship is causal: the church attendance isn’t just correlated, but actually helps to bring about the better behavior; and that it doesn’t matter which religion. They all seem to work in the same way.

The picture Vance paints of evangelical religion gone bad, seems to me one more piece in the larger picture of our society becoming more fragmented, more focused on customized, individualized experience. It’s becoming a more two dimensional society in which we have exchanged a lot of our real, embodied interactions for the convenience of screens. Even our religious life has become less about meeting real people in brick and mortar synagogues, churches or mosques, and more about self-confirming exhortations to blame others.

Of course, a church or synagogue or any other real life religious meeting place is going to be somewhat self-selecting. Each religion, denomination, group and sub-group will gather together, but even then, there will be some variety. Geography sometimes counts for more than ideology when selecting a place of worship. You can’t always choose who you sit next to the synagogue dinner or church fellowship gathering. Whatever it is: the rituals, the strengthening of social ties, the music and prayers, working together on committees — religious life seems to promote values and a sense of belonging that tends to make people not less tolerant of others, but more tolerant.

It takes energy to join and participate in a synagogue or any other religious group, and it’s becoming less popular to do so. But we are seeing the results of choosing the convenience of staying home with our screens. It can get complicated dealing with old acquaintances with whom we have too much history, with new members who don’t share our history, and with looking inside ourselves to question what part I am playing in this greater enterprise. But we need to see the faces, hear the voices and touch the hands of our communities. We need to gather together in song and prayer to remind ourselves of our deepest commitments and take the time to meditate on how each of us is doing in our service of a something or Someone beyond ourselves, whatever name we give it.

It’s only one piece of the puzzle and coming to synagogue isn’t going to solve all the world’s problems. But over the long term it is proven to promote a kind of thinking and being that is more adult, more responsible and more values-driven than the alternative of staying home. And that looks pretty important these days.