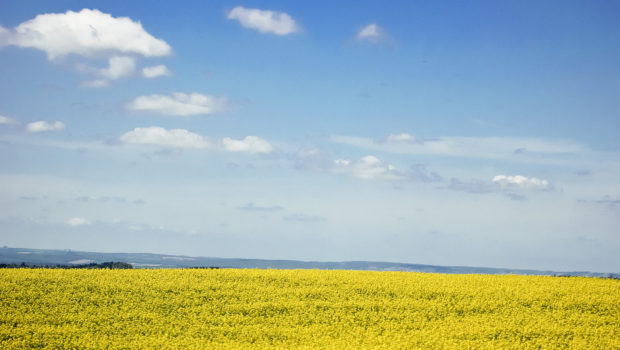 After hearing the speeches given by brave, heart-broken teenagers at the March for Our Lives rallies, my heart can’t help but be broken as well. The plague of gun violence in this country is out of control and, as they have said, “enough is enough!” Yet, invariably, close behind hearing these speeches on the radio or reading about them in the newspaper, I get the balanced reporting about arguments from the pro-gun advocates.

These pro-gun arguments invariably center around the idea that if the good guys have more guns and are trained to use them, then we’d all be safer. They make the intuitively strong case that “if one of the teachers or staff had been able to shoot back instead of sacrificing themselves by blocking the bullets with their bodies then that adult and many more kids would be alive today.” These arguments powerfully resonate with a lot of people. Nevertheless, in my opinion, they are wrong. They are using short-circuit thinking.

The argument for getting more guns into the hands of good people is like a short-circuit because it focuses on the isolated individual in that one situation, cutting it off from the big picture of how all our actions reverberate like waves and effect everyone else. If I get a pistol, then the other guy is going to get a rifle. If I get a rifle then he’s going to get a semi-automatic rifle. In the end, we’ve all contributed to creating a more violent, dangerous society. The big picture is clear: the more guns, the more gun violence. But we don’t see that if we short-circuit our thinking and cut ourselves off from the whole.

This fall, the New York Times published an article comparing the U.S. to other countries in terms of guns and gun violence. According to this article, the U.S. has 270 million guns and between 1966 and 2012 there were 90 mass shooters in the U.S. No other country has more than 46 million guns or more than 18 mass shooters in that period. We have 4.4 percent of the world’s population but have 42 percent of the world’s guns. Controlling for all the other factors including mental health, levels of crime, social cohesion and others, the studies cited conclude that the decisive factor in our U.S. epidemic of gun violence is the fact that we have many more guns.

But, statistics don’t persuade in issues like this. It comes down to our intuitive reactions. Do we see ourselves as isolated individuals who want the right to “stand our ground” and defend ourselves? Or do we see ourselves as parts of a larger whole in which our actions play out on the larger field of society, past, present and future?

Passover is the holiday in which we use ritual foods, words and wine to connect ourselves to this moment of liberation that happened three thousand years ago and to all people’s desire for freedom today. The central statement of Passover is “In every generation each person must feel as if they themselves were redeemed from Egypt.” No matter the level of our intellectual understanding, when we munch on the matzah, dip the parsley, sing the songs, we connect ourselves to our ancestors who handed down this memory of going from slavery to freedom. We break the matzah and we connect ourselves to all people who are hungry or yearning to be free of oppression and fear. We drink four cups of wine and we might even feel bonded with all our relatives at the table with whom we disagree on everything from politics to religion to whether matzah balls should be light and fluffy or dense and chewy.

Whether we discuss politics at the seder or not, we should realize that we are nonetheless changing things from the inside out: we are participating in an ancient and counter-cultural ritual that assumes and reinforces a different way of being in the world. On the Seder night our ancestors’ experience is our experience. Their liberation creates the opening for our liberation and our liberation can be an opening for the world’s liberation.

We can argue statistics until we are blue in the face, but until we can see ourselves as deeply connected to one another we will continue to short-circuit our system. The plague of gun violence will continue, as will the plagues of climate change, addiction, poverty… (shall we count them up to 10? It wouldn’t be too hard), until we can feel our actions and our being as they really are: deeply intertwined and unalterably connected. So, let us open our doors and open our hearts on Seder night and say “Let all who are hungry come and eat; let all who are in need come and celebrate Pesach.” Then, perhaps one day we’ll see the lights come on and the circuits light up in our minds and souls as we move from violence to safety, from slavery to freedom.