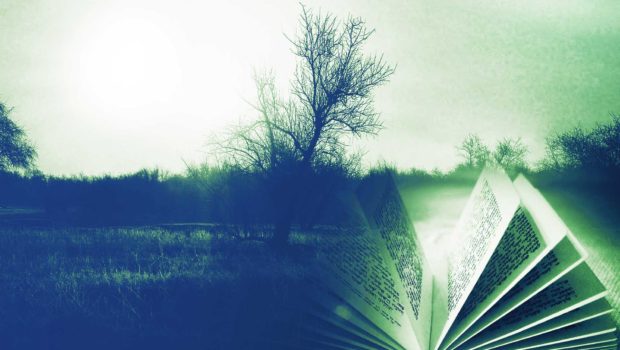 Purim is a dangerous holiday. That’s probably why we in the Jewish community often trivialize it and pretend it’s just a kid’s holiday where the children dress up like Mordechai and Esther and we eat hamentashen and everyone has a nice time. We may be afraid to see what it is really saying to us.

There is a lot of violence in the Purim story: the Scroll of Esther (in Hebrew, Megillat Esther) includes the king forcing his queen, Vashti, to either dance naked or be killed or exiled; there is evil Haman’s threat to wipe out the Jews of Persia; and there is also the end of the book, where the Jews kill not only Haman and his sons, but also thousands of other Persians. This part usually gets read quickly or even skipped.

Even more than the violence, all over the Scroll of Esther there are hints that things are topsy-turvy, turned on their head: the king, who is supposed to be a wise leader is a drunken fool; the drunken king who wants to show off his power over women is defied by his queen; the anonymous orphan Esther suddenly rises to become queen; the powerful Persian Viceroy is defeated by the powerless Jews. Important events are decided not by reasoned action but by chance, the roll of the dice (“purim” means dice in ancient Persian).

I think that Purim is dangerous because it dares us to step beyond the rules and conventions of society and explore what we find on the other side. We resist that dare because, often, what lies on the other side of the rules and conventions is violence, chaos and destruction. We don’t let people drive drunk because that is a recipe for disaster. We wouldn’t show up to our professional jobs wearing our pajamas or swimming suits (“casual Friday” is about as far as we go) because our clothing reinforces our professionalism and signals to ourselves and others that we are taking our jobs seriously. What would you think if you showed up at your doctor’s office and your doctor was wearing a swimming suit and a tank top? When the political leadership, just to take a random example, spurns the norms of governing in security protocols, diplomacy, evidence-based speech, and so forth, the result is chaos and the threat of even worse.

It’s taking a big risk to let this desire to see the other side of the rules play out in our politics and daily life. It can easily come out badly. But there is great wisdom, and maybe even a universal need, in letting everybody get a little taste of it one day a year. That is what Purim is: a chance to see what it is like to get out of the rules and conventions and experience the open possibilities beyond. We need to see that the powerless can defeat the powerful, that people’s past doesn’t define their future; that our own habits don’t need to limit our potential. Reading the Megillah whets the imagination for this world of possibilities. Putting on masks and wearing costumes isn’t child’s play, but rather an important opportunity for people of all ages to try on another persona, dare to be a different person than the one everyone expects. If you’re not driving, imbibing enough alcohol to loosen the inhibitions and give you a new perspective is a part of the celebration. It’s the Jewish way of using alcohol as a part of our ritual renewal instead of abusing it.

The Jewish people remember that we received the Torah out in the middle of a desert: away from all civilization, a blank slate. That was the only way that such a revolutionary new idea and way of life as the Torah could be introduced to the world. In the same way, on Purim we re-create that blank slate so that we can again know that new ideas are possible, new patterns and new possibilities can always be found if we open up to them. On Purim we dare to open to the world beyond the rules, not to let violence and chaos reign, but to show ourselves that a world of possibilities exists, and like Esther and Mordechai, we can turn things around, both in our own lives and in the world at large.

One Response to Purim: The Dangerous Holiday